The Dolphin Experience of a lifetime in Antalya Turkey.

The best Dolphin Therapy organization in Turkey, choose Aksu Dolphinarium’s dolphin therapy in Antalya and get good results. For many years many different families choosed Dolphin Therapy in Turkey Antalya with us as soon as  they saw the positive results and improvement they started to repeat every year. Now we have many repeat guests for Dolphin therapy. Get your place in our family by trying us.

Dolphins measure 2.5 to 3 meters in length; weigh an average of 175 kg., swim up to 50 km per hour. Dolphins are gentle in demeanor, graceful in the water, and appear friendly and communicative (McKinney, A; Wolf, R.; 2001) and have the capability to heal through presence and interactions.

The emerging field of psychoneuroimmunology ; that is the study of the interactions between the nervous, the endocrine and the immune system is a fascinating area of research.

How Dolphins Helps Us ?

Aquatic therapy has long understood that being in the water has a therapeutic effect on people with varying types of disabilities (McKinney, A; Wolf, R.; 2001). Being in the water allows people that are in wheelchairs, freedom in movement otherwise not experienced. To this benefit include dolphins. Dolphins have been cited as having special capabilities that enhance healing potential in people with disabilities (Johnson, L.; Bourne, R.).

Dolphin assisted therapy dates back to the 1950s and the work of Dr. John Lilly, who studied the effects of dolphins on individuals with disabilities (McKinney, A; Wolf, R.; 2001). In the late 1980’s, Dr. Stephen Joszef, co-founder of Living from the Heart also carried out a neurological research study that shed valuable light on the mechanism of action for this most delightful and effective therapy.

There is a wide variety of reports on people who benefit from this therapy. People with non-verbal or communicative disorders have found positive results in working with dolphins. Children with special needs including autism and cerebral palsy, etc., are a unique focus to many programs. There has also has been recent research for people experiencing depression or anxiety. This spans young and old, and a variety of illnesses, sicknesses, or diagnoses.

Perhaps the most profound changes from dolphin therapy are in children with autism and similar challenges.

90% become calmer and more focused and attention span is increased

75% of the parents of children with autism indicated an improvement of eye contact, smiling, laughing and touching

75% have improved emotional behavior, confidence and self-esteem after dolphin therapy.

Dolphin Therapy in Antalya Turkey also available in our dolphinarium. 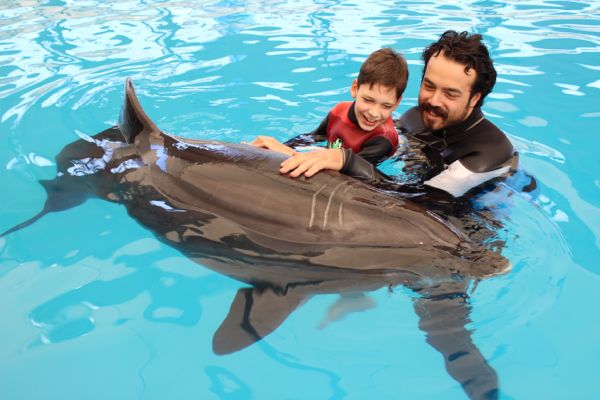 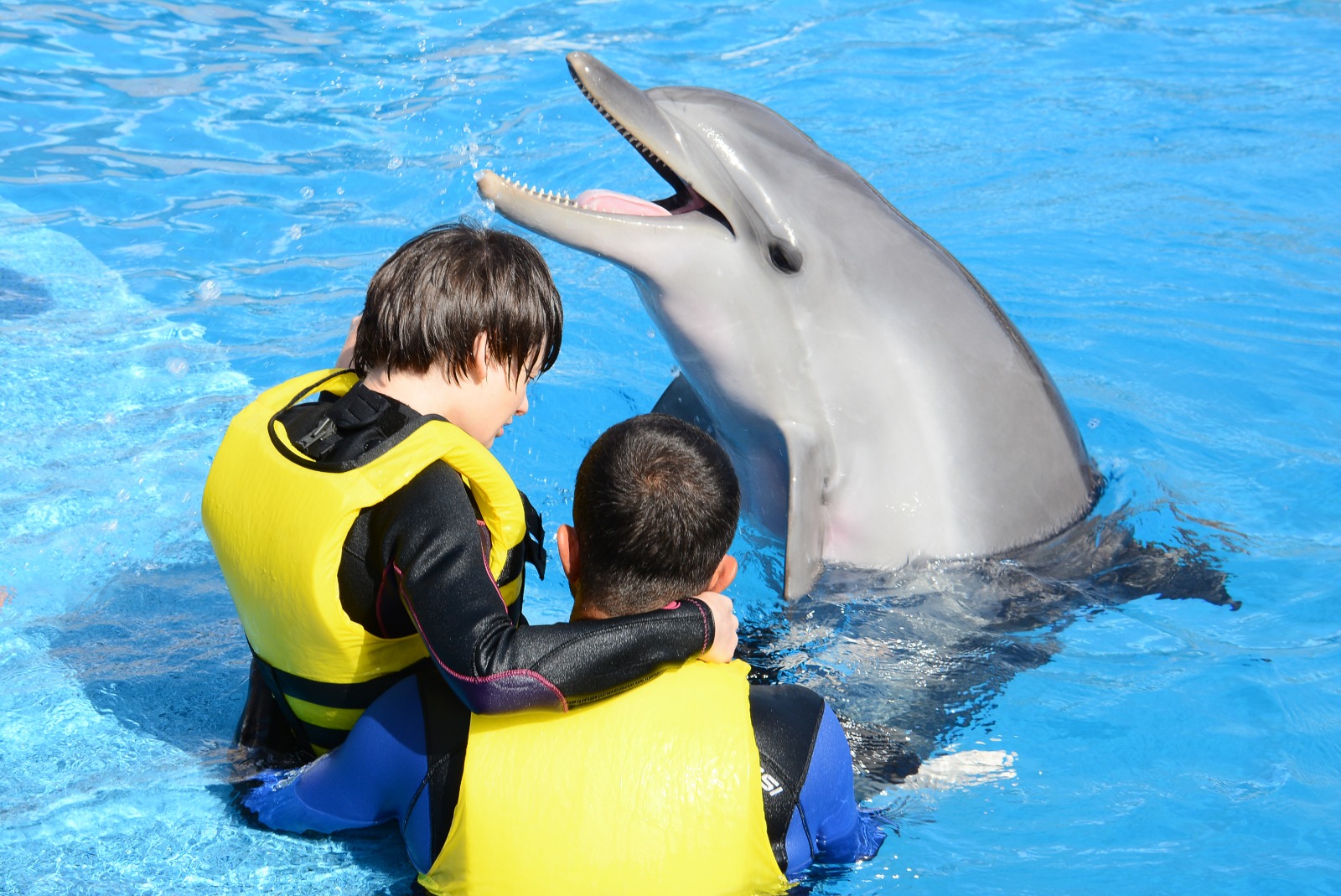